JULY 6: The Raptors have sent out a press release officially announcing the signing of Porter. As Josh Lewenberg of TSN.ca recently reported, the two-year deal will be worth $12.4MM. 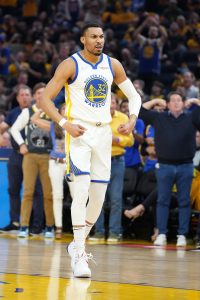 JULY 1: On the heels of winning a championship with Golden State, free agent forward Otto Porter has agreed to a two-year deal with the Raptors, according to Chris Haynes of Yahoo Sports, who reports that the second year of Porter’s new contract will be a player option.

The third overall pick in the 2013 draft, Porter has long been considered a solid three-and-D forward with good size. He signed a maximum-salary offer sheet as a restricted free agent in 2017, but battled injuries over the course of the deal, bouncing around from Washington to Chicago to Orlando, and ultimately had to settle for a minimum-salary contract with the Warriors last summer.

Golden State had another minimum-salary offer on the table to Porter this offseason, according to Anthony Slater of The Athletic (Twitter link), but after rebuilding his value on the champion Warriors, the former Georgetown star figures to get a earn more than that on his deal with the Raptors. Terms aren’t yet known, but Toronto has its mid-level exception available.

The Raptors are already loaded at the forward spot, but have committed to playing a relatively positionless style, and Porter – who has a career .398 3PT% – fits the team’s need for outside shooting.

Porter’s wife is from Toronto, which was one factor in his free agency decision, tweets Haynes.