JULY 6: The trade is now official, according to a press release from the Wizards.

“We’re very excited to add Monte and Will as proven players at the point guard and shooting guard positions, two areas that were top priorities for us to address during this offseason,” president of basketball operations Tommy Sheppard said in a statement. “Monte has steadily improved his all-around game and is coming off a career year while Will has been a consistent scorer and three-point threat during his time in Denver, and both are obviously familiar with Coach Unseld’s system and style.” 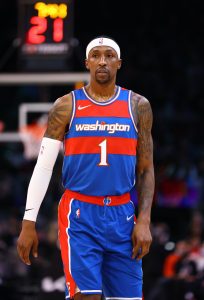 JUNE 29: The Wizards and Nuggets have reached an agreement on a trade that will send point guard Monte Morris and wing Will Barton to Washington in exchange for swingman Kentavious Caldwell-Pope and point guard Ish Smith, sources tell ESPN’s Adrian Wojnarowski (Twitter link).

Shams Charania of The Athletic (Twitter link) first reported that the two teams were nearing an agreement.

The Wizards, who had previously been linked to Morris, will get a much-needed point guard upgrade in the trade, adding a player who was considered one of the NBA’s best backups before being thrust into a starting role last season as Jamal Murray recovered from ACL surgery.

Wizards head coach Wes Unseld Jr. is very familiar with both players, having previously served as a Nuggets assistant.

The move reduces the likelihood of the Wizards seriously pursuing a point guard like Tyus Jones in free agency or Malcolm Brogdon via trade.

Meanwhile, the Nuggets will add a player they had been targeting since the trade deadline in Caldwell-Pope, according to Singer. Denver views Caldwell-Pope as a two-way upgrade on the wing, values his championship experience with the Lakers, and would be interested in retaining him beyond next season, Singer adds.

As for Smith, he’ll provide depth at point guard for a Nuggets team that should have Murray back this fall and saw Bones Hyland enjoy a breakout season as a rookie. Assuming Smith plays in at least one game for Denver, it’ll be his 13th NBA team, breaking a league record, tweets Matt Williams of ESPN.

As Bobby Marks of ESPN notes (via Twitter), if no more players are added to the four-player deal, the two teams will have to wait until after the July moratorium to make it official, since the Wizards are taking on several million more dollars than they’re sending out, while the Nuggets save a little money on next season’s payroll.

Caldwell-Pope ($14MM) and Smith ($4.73MM) entered the offseason without fully guaranteed salaries for 2022/23, but Caldwell-Pope locked in his guarantee on Tuesday and Smith is on track to receive as well in order to adhere to salary-matching rules and make the deal legal. Non-guaranteed salary doesn’t count in trades for outgoing purposes.

The Nuggets will likely absorb Smith’s incoming contract using part of the $8.2MM trade exception they created in last week’s JaMychal Green trade. That would allow them to create a new larger trade exception, worth at least Morris’ outgoing salary ($9.13MM), per Marks.