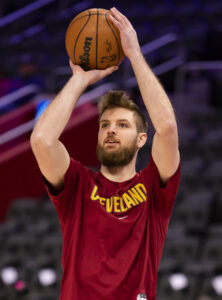 Wade, who will make $1.93MM this season, had been on track to become a free agent next summer, so the extension will begin in 2023 and will keep him under contract through the end of 2025/26. The agreement was confirmed by Wade’s agents, Austin Walton and Adam Papas, according to Woj.

Wade, a 25-year-old small forward, has been with Cleveland for the past three seasons after earning a two-way contract in 2019. Much of his first year was spent in the G League, but he has been a part of the rotation the last two years and may be in contention for a starting spot heading into training camp.

Wade appeared in 51 games last season, making 28 starts, and averaged 5.3 points and 2.9 rebounds while shooting 45.6% from the field and 35.9% from three-point range. He underwent meniscus surgery in March, but he was cleared to resume basketball activities in early May.