Nick Young To Play In BIG3

12-year NBA veteran shooting guard Nick Young is returning to the hardwood. He has inked a contract with the Enemies for the 2021 BIG3 season, tweets Marc J. Spears of The Undefeated.

Young will serve as the new team captain for the Enemies, per a BIG3 league press release. The club will be coached by Young’s former Wizards teammate, Gilbert Arenas.

Just last week, the BIG3 formally announced it would officially resume operations for its fourth season this summer, after canceling what would have been its fourth season in 2020 due to the coronavirus pandemic.

The 12-team league, founded by Ice Cube and Jeff Kwatinetz in 2017, has generally served as a platform for longtime NBA veterans. The 2021 season will be broadcast by CBS and its affiliate platform Paramount+, and is set to kick off on July 10 at Orleans Arena in Las Vegas. Scheduled to last for eight weeks, the BIG3 season will also log time at Xavier University of Louisiana. A two-week playoff will culminate in a September 4 title game.

Young was drafted by Washington with the No. 16 pick in 2007 out of USC. The 6’7″ swingman enjoyed eventful stops on the Wizards, Clippers, Sixers, and Lakers. He became a bench contributor for a 2017/8 title-winning Warriors team. His last NBA appearance was a four-game cameo for the Nuggets during the 2018/19 season.

Nick Young will resume his playing career overseas, according to Shams Charania of The Athletic, who reports (via Twitter) that the veteran guard is signing with the Zhejiang Lions of the Chinese Basketball Association.

Young, who entered the NBA as a first-round pick in 2007, played for six teams during 12 years in the league, starting his career with the Wizards and later enjoying a lengthy stint with the Lakers.

Young said in October 2019 that he expected to call it a career if he didn’t get an NBA opportunity last season, but it seems he’s not ready to announce his retirement quite yet. He’s one of a pair of longtime NBA guards apparently headed to China this week, with Jordan McRae said to be joining the Beijing Ducks.

After waiving Troy Daniels on Sunday to free up a roster spot, the Lakers went ahead and reached a deal with guard Dion Waiters for the remainder of the 2019/20 season.

Waiters worked out for the team earlier this week and reportedly made a good impression during his visit. The 28-year-old veteran shooter should give the Lakers a solid perimeter scoring option off of the bench.

Before Los Angeles decided on signing Waiters, the team also worked out J.R. Smith earlier this week. Additionally, former Lakers guard Nick Young injected himself into the conversation, commenting on an Instagram post to say that L.A. should sign him instead.

Young spent four seasons in Los Angeles (2013-17), where he averaged 13.1 PPG and shot 37.7% from three-point range. After his tenure with the Lakers, he spent the 2017/18 season with the Warriors and four games last season with the Nuggets.

Nick Young Ready To Retire If No Teams Call This Year

In an interview with Adam Caparell of Complex (hat tip to Sportando), Nick Young says he plans to retire if he doesn’t get another NBA opportunity this season.

Young signed with the Nuggets last December, but was waived three weeks later after appearing in just four games. He didn’t receive a training camp invitation this fall and realizes that retirement might be near.

“This is pretty much like my last year, if nothing happened,” Young said. “I’m just going to call it, it’s over. No more Swaggy P.”

Young has carried the “Swaggy P” persona through 12 NBA seasons with a mix of brashness, style and explosive offense. His best season came in 2013/14 when he averaged 17.9 points per game for the Lakers, and he was an important reserve on the Warriors team that won an NBA title in 2018.

“I’m a champion now,” Young said. “I’m just all around cool guy that played basketball. Kind of a Dennis Rodman, I think changed the way people dress for the tunnel now. Everybody want to get dressed up and I post pictures on Instagram, and be outgoing. I think that I had a major effect with that. I see people and it’s like damn, that had something to do with me.”

Whether another team is willing to take a chance on the 34-year-old free agent remains to be seen. He had brushes with a couple of franchises this summer, joining the Knicks for offseason workouts and attending a veterans’ mini-camp the Rockets held in Las Vegas last month.

Addressing the backup point guard battle this week, Sixers head coach Brett Brown said that he wants to see the candidates for that spot “making shots and just guarding,” per Derek Bodner of The Athletic.

As Bodner points out, those criteria would seem to favor Raul Neto over Trey Burke, since Neto has historically been a more efficient shooter than Burke and is also considered a stronger on-ball defender. However, Burke has made a strong impression early in camp for the Sixers, earning rave reviews from teammates Al Horford and Ben Simmons.

“I was really impressed with a guy like Trey Burke,” Horford said after the Sixers’ first day of practice. “(He) came in with a lot of energy, really scoring the ball at will, just being very active.” Simmons added that Burke “played amazing” on Tuesday.

Unlike the 14 other players who are expected to make the Sixers’ regular season roster, Burke doesn’t have a fully guaranteed salary for 2019/20, so his hold on a roster spot is somewhat tenuous. If he continues to play like he did on day one though, he may not be considered the club’s 15th man for long.

Here’s more from out of the Atlantic:

1:41pm: Mbah a Moute, in a change of plans, won’t be attending the Rockets’ mini-camp in Vegas after all, tweets Iko.

12:13pm: A handful of the most noteworthy veteran free agents on the market will take part in the Rockets‘ upcoming mini-camp in Las Vegas, according to multiple reports. In a series of tweets, Kelly Iko and Alykhan Bijani of The Athletic reported that the following players will participate in the mini-camp:

With the exception of Jones, who has spent six seasons in the NBA, all of these players have more than a decade of NBA experience under their belts, which could make them good fits for a veteran Rockets team seeking depth as it looks to make a championship run this season.

Although there’s some positional variety among the free agents who are participating in the Rockets’ mini-camp, it appears the team’s primary focus is on wings. Brewer, Mbah a Moute, Sefolosha, and Young all fit that bill. Mbah a Moute and Sefolosha, in particular, could be nice fits in Houston if they’re healthy, given their three-and-D abilities.

None of these veterans are currently under contract with the Rockets, who are carrying 18 players on their offseason roster. However, a strong showing at this week’s mini-camp could very well result in training camp invites for one or two of these veterans. Houston could bring even more of these players to camp if the team is willing to cut any of its current players to create extra spots on the 20-man roster.

No NBA team has fewer players on fully guaranteed deals than the Rockets, so a couple of the team’s regular season roster spots figure to be up for grabs in the preseason.

The Nuggets have parted ways with veteran guard Nick Young, the team announced in a tweet.

Young signed in Denver 20 days ago shortly after the team was granted a hardship exception. He appeared in four games, averaging 2.3 PPG in 9.3 minutes per night.

The hardship exception expires when a sufficient number of players return from injury, and the Nuggets are starting to get healthy, notes Chris Dempsey of Altitude Sports (Twitter link). Paul Millsap came back last night, and Gary Harris and Will Barton are expected to return soon.

Denver has a full roster with 15 players plus both two-way slots filled. Young, who had a non-guaranteed contract, understood the situation and was professional during his time with the team, Dempsey adds (Twitter link). The Nuggets will incur a $311,070 cap hit for Young, tweets ESPN’s Bobby Marks.

While Fred Hoiberg would prefer to continue coaching at the NBA level, Marc Stein of The New York Times believes league-wide interest in the former Chicago head coach will be limited. Stein suggests that the Timberwolves – and owner Glen Taylor – are fond of Hoiberg, but they’re “the only known team to rate Hoiberg so highly.” It’s possible that Minnesota could move on from Tom Thibodeau at season’s end and consider Hoiberg at that point, but speculation about Thibodeau’s job security has quieted down since the Jimmy Butler trade.

Here’s more from around the Northwest division:

The Nuggets have added some scoring punch to their roster, announcing today (via Twitter) that they’ve signed veteran swingman Nick Young to a contract. Brandon Goodwin has been waived in a corresponding move, according to the full press release from the club. 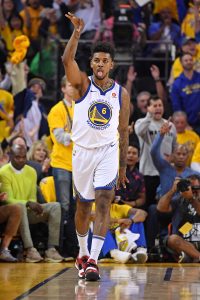 Having previously been granted a hardship exception to sign a 16th player due to their injury woes, the Nuggets used that exception on Goodwin, but will now slot Young in as their 16th man. The NBA can give a team a hardship exception, which allows for an extra roster spot, when that team has at least four players who have missed three or more games and are expected to miss at least two more weeks.

In Denver’s case, Will Barton, Isaiah Thomas, Michael Porter, and Jarred Vanderbilt have all been on the shelf for most or all of the season, but the club’s injury issues don’t stop there. Gary Harris is now expected to miss multiple weeks, while Paul Millsap suffered a broken toe and will likely sidelined for the foreseeable future as well.

Young will receive a non-guaranteed, minimum-salary contract, according to ESPN’s Bobby Marks, who notes (via Twitter) that it will count against the cap for about $1.04MM. Once the Nuggets starts getting healthier, they will lose access to their exception and will have to either trade or release Young or another player to get back down to 15 players.