SUNDAY, 2:06pm: The hiring is official, the Grizzlies announced today.

THURSDAY, 12:06pm: The Grizzlies and David Fizdale have reached an agreement on a contract that will make the Heat assistant the new head coach in Memphis, reports Adrian Wojnarowski of The Vertical (Twitter link). According to Wojnarowski, it will be a four-year deal for Fizdale. Ronald Tillery of The Memphis Commercial Appeal adds (via Twitter) that the fourth year will be a team option. 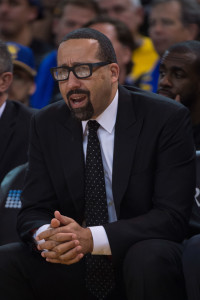 Fizdale, who turns 42 next month, has been a part of the Heat’s coaching staff since 2008, with the club earning two NBA Championship teams during his tenure. Fizdale previously served as an assistant coach for the Warriors (2003/04) and the Hawks (2004-2008).

The Grizzlies had been seeking a replacement for former coach Dave Joerger, who was fired after requesting permission to interview for other coaching jobs. The Kings hired him last week, giving him a four-year deal worth $16MM, leaving Memphis to scour the market for a new head coach.

The club also conducted at least one interview with Frank Vogel, who spoke to team owner Robert Pera, before he accepted the head coaching job in Orlando. Outside of Vogel, Fizdale is believed to be the only candidate who had an interview with Pera in attendance.

Wojnarowski first reported on Wednesday that Memphis had offered its head coaching position to Fizdale.

The Rockets are now the NBA’s only head team whose head coaching search is ongoing.