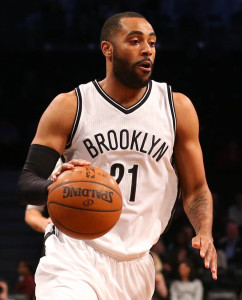 Wayne Ellington will sign with Miami, tweets The Vertical’s Adrian Wojnarowski. The 28-year-old shooting guard is expected to receive more than $12MM over two seasons.

Ellington appeared in 76 games with the Nets after signing with Brooklyn last summer. He started 41 times and averaged 7.7 points in a little more than 21 minutes per game. He has also played for the Timberwolves, Grizzlies, Cavaliers, Mavericks and Lakers in his seven-year NBA career.