JULY 10, 7:36pm: The signing is official, the team announced on its website. 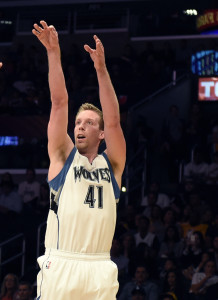 JULY 1, 7:44pm: The Nets and Justin Hamilton have agreed to a two-year deal worth $6MM, Shams Charania of The Vertical reports on Twitter. The contract is fully guaranteed as Hamilton’s agent, Mark Bartelstein, tells Sam Amick of USA Today (Twitter link).

Hamilton is a 7’0″ center who last played in the NBA for the Wolves during the 2014/15 campaign. He spent last season playing for Valencia Basket of the Liga ACB in Europe.

Before signing the big man, Brooklyn only had nine players under contract, as the team’s depth chart at Roster Resource indicates. Hamilton is the second player whom the team has agreed to a deal with since free agency began. The team agreed to terms with Jeremy Lin early today.

One thought on “Nets, Justin Hamilton Agree To Deal”