Hoops Rumors is breaking down the 2016 offseason for all 30 NBA teams, revisiting the summer’s free agent signings, trades, draft picks, departures, and more. We’ll evaluate each team’s moves from the last several months and look ahead to what the 2016/17 season holds for all 30 franchises. Today, we’re focusing on the Los Angeles Clippers.

Check out our salary cap snapshot for the Los Angeles Clippers right here. 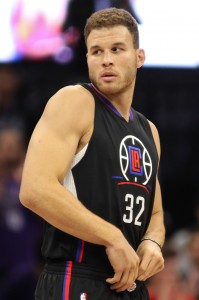 Last season ended in familiar fashion for a franchise that has often seemed jinxed. The core of that Clippers team has returned for another run at the title, but this could be their last one together.

L.A.’s playoff hopes went down in flames in April when Blake Griffin and Chris Paul were lost to injuries on the same day. Griffin re-aggravated a partially torn quad muscle and Paul suffered a fracture in his right hand that required surgery. In their absence, the Trail Blazers rallied to win the series and set up a summer of uncertainty in Los Angeles.

Clippers management extended a vote of confidence to this current group by not making any major deals during the offseason and re-signing four significant free agents. A few veterans were brought in to strengthen the bench and put the team in a better position to contend for the title.

There’s definitely a sense of urgency to the new season as Griffin and Paul both have opt-out clauses in their contracts, which could give L.A. two very pricey free agents to re-sign next summer. In addition, shooting guard J.J. Redick will definitely be a free agent and figures to be highly in demand in a league that is placing an increased emphasis on outside shooting. Veteran Paul Pierce, who considered retirement over the summer, decided to return but let the organization know this will be his final season.

The Clippers were one of the suitors to get a meeting with Kevin Durant in July, but when he chose the Warriors, L.A. launched into Plan B, which was to keep its team together. Free agent guard Austin Rivers re-signed for $35.475MM over three years. Small forward Wesley Johnson received $17.644MM over three years and Luc Mbah a Moute got $4.505MM for two years. All three have player options for the final year of their deals.

Also brought back was reigning Sixth Man of the Year Jamal Crawford. At least five teams made pitches to the 36-year-old, who was unhappy with L.A.’s initial offer of $12MM for one season. The Clippers responded with a number more to Crawford’s liking and he re-signed for three years at $42MM. Crawford was the team’s top offensive threat off the bench once again last season, averaging 14.2 points per game and shooting 34% from 3-point range.

The Clippers enjoyed what they consider to be a free agent coup when they landed Golden State big man Marreese Speights, who was looking for a larger role than he had with the Warriors. Speights agreed to a two-year, minimum-salary deal with a player option, and coach Doc Rivers was elated to add him to the team.

“I don’t think anyone has a guy like that on their bench, for that matter,” Rivers said. “Golden State had one last year, and now he’s on our team.”

L.A. brought in three other veteran free agents to fortify its bench: power forward Brandon Bass, who averaged 7.2 points and 4.3 rebounds per game with the Lakers in 2015/16, point guard Raymond Felton, who put up 9.5 points and 3.6 assists per night in Dallas and swingman Alan Anderson, who was coming off a season with the Wizards in which he averaged 5.0 points and 2.0 rebounds.

Depth has been an ongoing problem during the Griffin-Paul era, along with small forward. L.A. hasn’t been able to find the right complement to an otherwise stellar starting lineup of Griffin, Paul, Redick and DeAndre Jordan. Several candidates have passed through the organization in recent years, but none has been able to hold the job. Pierce, Johnson and ex-Clipper Lance Stephenson all held the starting role at times last year before defensive specialist Mbah a Moute won the job. He enters this season in the starting three spot, but it remains a position of need for Los Angeles if a midseason trade opportunity comes along.

After having no picks in 2015, the Clippers landed two promising young big men and a draft-and-stash point guard this year. At No. 25, they drafted North Carolina power forward Brice Johnson, a first-team AP all-American who averaged a double-double in his senior year with the Tar Heels and set the school’s single-season rebounding record. The Clippers hope he can develop into an effective backup for Griffin, but he suffered a preseason setback with a herniated disc in his back that has him out indefinitely.

The Clippers owned the Nets’ second-round pick at No. 33, but traded Kansas center Cheick Diallo to the Pelicans for two later picks. They used the No. 39 choice on point guard David Michineau, who will spend at least one season in France, and the No. 40 selection on Maryland center Diamond Stone, who made the 15-man roster.

After years of misery, the Clippers have become one of the league’s most successful and entertaining teams over the past four seasons, with at least 53 wins each year. But each of those seasons has ended in playoff disappointment, and gaudy regular season win totals may not be enough to keep this team together.

The front office is looking at some difficult decisions next summer. If this year’s free agency is any guide, tons of cash will be thrown around again, and Griffin, Paul and Redick will all have huge offers to sort through. If the Clippers’ current core wants to remain together for the rest of the decade, this is the year they will have to prove themselves in the playoffs.