Hoops Rumors is breaking down the 2017 offseason for all 30 NBA teams, revisiting the summer’s free agent signings, trades, draft picks, departures, and more. We’ll evaluate each team’s moves from the last several months and look ahead to what the 2017/18 season holds for all 30 franchises. Today, we’re focusing on the Toronto Raptors. 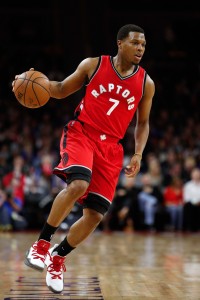 Check out the Toronto Raptors’ full roster and depth chart at RosterResource.com.

The Raptors faced an existential fork in the road this summer and made the decision to keep their core in place. By re-signing Kyle Lowry and Serge Ibaka, the club doubled down on a formula that has delivered mixed results, depending on whom you ask.

Put simply, the Medium Three of DeMar DeRozan, Lowry, and Ibaka may not be enough to legitimately contend with the Cavaliers or Celtics, but it’s reasonably safe to say it’s enough to clinch home-court advantage in the first round of the playoffs in the watered-down Eastern Conference.

To afford Lowry and Ibaka, owed $28.7MM and $20.1MM this season, Toronto needed to drastically limit future financial flexibility and also forego some of its peripheral core, including several prominent rotation pieces.

The jury is out on whether or not the Raps’ decision to stick with their stars as opposed to explore a more intensive overhaul was a smart one, but that’s a question for basketball philosophers.

Will the moves bring the franchise the success that it pines for? And what constitutes success for a fringe contender in the Super-Team Era anyway?

The Raptors said farewell to four rotation players out of financial necessity this summer, and only one of them turned around and bad-mouthed the roster on his way out the door.

Don’t expect head coach Dwane Casey to lose sleep thinking of ways to replace DeMarre Carroll‘s 8.9 points per game. Rather, clearing out the depth chart at the three should open more of an opportunity for third-year man Norman Powell.

Patrick Patterson, however, will represent a more significant on-court loss. For years, Patterson stepped up as a reliable deep threat off the bench. He never consistently dominated ball games, hence his expendability, but he was a valuable option at the team’s disposal over the course of the last few seasons.

The loss of local boy Cory Joseph, a capable spot starter whenever called upon to fill in for Lowry, will be felt in the second unit, but could open an opportunity for Delon Wright.

Another veteran that will suit up elsewhere in 2017/18 is P.J. Tucker. The scrappy forward came over from the Suns at the deadline, but didn’t leave much of an impact during his brief stay in Canada. 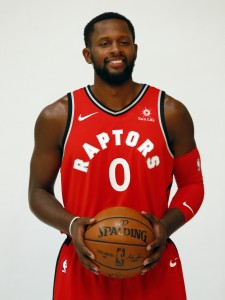 The Raptors added a potent perimeter threat through the draft this summer and there’s a chance he’ll find a way into the team’s rotation before the end of the 2017/18 season. Just last January, OG Anunoby was considered a possible top-10 pick, but a knee injury derailed his only season with Indiana and allowed the Raptors to snag him with the No. 23 pick.

The biggest free agent addition made by the Raptors this summer was C.J. Miles. Miles, a 12-year vet, will slot in on the perimeter as a potent three-and-D asset. Outside of his three-point shooting, he could contribute leadership and various other intangibles that the club hoped to get out of Carroll and Tucker last season.

The Raptors made a splash at the trade deadline last season by bringing in Ibaka, but the theme of the campaign still ended up being stagnancy. Not only did the team’s streak of consecutive seasons with improved win totals come to an end at five, but Toronto was systematically dismantled in the postseason by a Cavaliers team that barely even put a dent in the ultimate NBA champion.

The difference between this season and last, however, is that the obligatory turnover within the organization could usher in a semblance of change. On paper, the Raptors may be worse off than they were when they lost to the Cavs. However, a full season with Ibaka on board – coupled with all of the new opportunities their young rotation players will get – provides an element of excitement that wasn’t there this time last year.

Adding to the excitement is the possibility that this could be the year that the iso-heavy team finally adopts a new playing style, as Ujiri implied last May, although we’ll believe that when we see it.

Nonetheless, everybody knows what to expect out of Lowry, DeRozan and Ibaka by now — a solid regular season record and perhaps a trip to the second round. Now, Masai Ujiri and company are rolling the dice on their ability to build the rest of a contender from within.