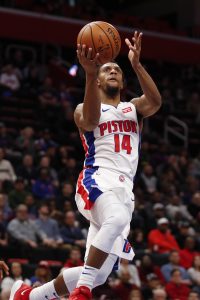 JULY 1: The Wizards have agreed to terms on a two-year deal with free agent point guard Ish Smith, according to Shams Charania of The Athletic, who reports (via Twitter) that the deal will be worth $12MM.

With Detroit turning to Derrick Rose early in free agency to fill its point guard hole, Smith was destined for a new NBA home, and the Wizards had long been interested, tweets David Aldridge of The Athletic.

With John Wall expected to miss most of the 2019/20 season due to his torn Achilles and Tomas Satoransky facing restricted free agency, the Wizards needed to address the point guard position this summer.

Satoransky will be headed to Chicago in a sign-and-trade deal, so the Wizards will likely need to add at least one more point guard to join Smith while Wall recovers.

According to Candace Buckner of The Washington Post (via Twitter), Smith will receive a fully guaranteed deal and will be signed using the Wizards’ mid-level exception. Assuming the team plans on staying out tax territory and retaining its full, non-taxpayer’s MLE, it should still have more than $3MM available on that exception.