NOVEMBER 11: The Hawks have officially hired McMillan as an assistant coach, the team confirmed today in a press release. 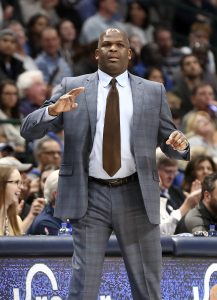 “I reached out to Nate after he became available and we’ve had extensive conversations centering around the value, expertise and experience he would add as we look to progress next season,” Pierce said in a statement. “This is a unique opportunity that will benefit me, our coaching staff and our entire roster.”

NOVEMBER 4: Just over two months after he was let go by the Pacers, Nate McMillan appears to have lined up a new NBA job. The Hawks are nearing a deal with McMillan that would make him an assistant coach on Lloyd Pierce‘s staff, according to Marc Stein of The New York Times (Twitter link).

McMillan, 56, guided the Pacers to a 183-136 (.574) record over the last four seasons, earning four consecutive playoff berths during that stretch. Indiana’s 45-28 (.616) mark this past season represented the club’s highest winning percentage since 2013/14, but the team decided to make a change in large part due to its lack of playoff success — the Pacers were swept out of the first round in three of the last four years.

Despite his ouster in Indiana, McMillan is widely respected around the NBA and drew plenty of interest as an assistant in recent weeks. He reportedly engaged in talks with the Rockets, among other teams. The veteran coach had planned to take a year off before having an apparent change of heart.

Assuming he finalizes a deal with Atlanta, McMillan will get an opportunity to work with up-and-coming Hawks stars Trae Young and John Collins as the team looks to make it back to the postseason in 2021 for the first time in four years.