Having made the Eastern Conference Finals in 2017, 2018, and 2020, the Celtics entered the 2020/21 season looking to make it at least that far again. But things never quite gelled for this year’s iteration of the C’s, as injuries, COVID-19 issues, and inconsistent on-court production were all major factors in a disappointing year. 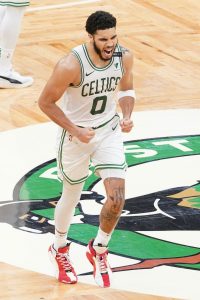 The Celtics still made the playoffs, but it took a play-in win to get there after the team finished with an underwhelming .500 record (36-36). And Boston’s postseason run was short-lived, as the club was unceremoniously dispatched by Brooklyn in the first round.

Jayson Tatum and Jaylen Brown still look like capable cornerstones on a future title contender, but the Celtics will need to find a way to surround them with more reliable complementary pieces. That task will fall to Brad Stevens, who made the move from the sidelines to the front office after longtime president of basketball operations Danny Ainge stepped down.

In his first month on the job, Stevens wasted no time in completing a pair of major moves, hiring Ime Udoka to replace him as Boston’s head coach and sending Kemba Walker and a first-round pick to Oklahoma City for Al Horford and Moses Brown in a trade that will create some added financial flexibility for the franchise over the next two seasons.

Moving Walker’s oversized contract should help the Celtics avoid a significant tax bill in 2021/22, but replacing him with Horford doesn’t really move the needle for the team on the court. More roster moves will be necessary to make Boston a legitimate contender.

Besides the contracts for Tatum, Brown, and Marcus Smart, all of which are good values, the Celtics’ guaranteed salaries fall into two groups: veteran big men who are probably overpaid (Horford and Tristan Thompson, earning a combined $37MM), and inexpensive role players still on their rookie deals (Romeo Langford, Robert Williams, Aaron Nesmith, Grant Williams, Payton Pritchard, and Carsen Edwards).

If the Celtics hope to increase their ceiling, they’ll need to either cobble together a reliable rotation from those pieces or use them to trade for rotation players. It may be time to start moving on from some of those former first-round picks who haven’t developed like the team has hoped. Two or three of those players could be keepers – Pritchard had an especially promising rookie season – but Boston should be willing to deal several of the others — having not drafted them himself, Stevens may not feel as attached to them as Ainge did.

Meanwhile, Horford’s contract is only partially guaranteed beyond this season and Thompson’s deal is expiring, so both players are movable, even if they don’t have positive value. The Celtics also have a handful of trade exceptions that could be useful, including one worth $11MM.

In free agency, figuring out a new deal with Evan Fournier figures to be a top priority. If you take into account the two second-round picks the Celtics sent the Hornets last offseason to generate the massive trade exception later used to take on Fournier, the cost to acquire him essentially worked out to four second-rounders. The organization won’t want to let him walk for nothing after paying that price.

The Celtics also figure to discuss contract extensions with Smart and Robert Williams, both of whom are entering the final year of their contracts. Smart, who should have a bigger role with Walker gone, may have more leverage to negotiate a lucrative new deal than Williams, who could find himself battling for minutes in a crowded frontcourt. Of course, if Stevens wants to take another big swing on the trade market for a point guard, Smart may have to be included in Boston’s offer.

The Celtics will certainly be over the cap this summer. Whether or not they go over the luxury tax line depends on whether Fournier returns and whether the team cuts costs in trades. If we assume Fournier re-signs at a reasonable rate (perhaps $15MM), Boston would need to shed some salary elsewhere to stay out of the tax.

Without Fournier, the Celtics may have enough breathing room to use the entire non-taxpayer mid-level exception. But my bet for now is that Fournier will be back and that the team will be limited to the taxpayer MLE.