AUGUST 6: The Lakers have officially completed their deal with Howard, the team announced today (via Twitter). The club also confirmed the signings of Ellington and Ariza (Twitter links). 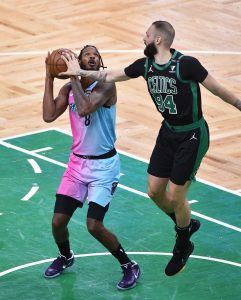 AUGUST 2: The Lakers are set to add three old friends as they prepare to mount another hoped-for deep postseason run for the 2021/22 season.

The team appears to be adding some much-needed perimeter shooting and big man depth after trading away wing Kentavious Caldwell-Pope, big men Montrezl Harrell and Kyle Kuzma and its No. 22 pick in the 2021 draft to the Wizards in a deal for the max salary of future Hall of Fame point guard Russell Westbrook last week.

The club will add free agent shooting guard Wayne Ellington on a one-year contract, according to Chris Haynes of Yahoo Sports (via Twitter).

Los Angeles will also bring back a pair of prior Lakers champions. 2009 champ Trevor Ariza, a two-way forward, is set to re-join L.A. on a one-year deal, per Adrian Wojnarowski of ESPN (Twitter link).

Ellington and Ariza should add reliable bench shooting behind the Lakers’ big three of Westbrook and All-Star forwards LeBron James and Anthony Davis. Ariza remains still a solid defender, though he is no longer at the same level of his prior Lakers days.

2020 champ Dwight Howard will return to the Lakers as well, reports Shams Charania of The Athletic (via Twitter).

The Lakers opted not to retain Howard after he and JaVale McGee helped proved rim-rolling and defensive moxie in the post during the team’s 2020 title run, and Howard signed on with the Sixers as All-Star Joel Embiid‘s prime backup for the 2020/21 season.

Howard, 35, has proven he can still be a sneakily-effective reserve center even in his NBA dotage, especially during the regular season. Howard averaged 7.0 PPG, 8.4 RPG, and 0.9 BPG (plus a less-great 2.9 FPG) for Philadelphia in just 17.3 MPG.

Ellington, Ariza, and Howard will all be signing one-year, minimum-salary contracts, according to Broderick Turner of The Los Angeles Times.