This year’s No. 1 overall pick, Cade Cunningham, has signed his rookie contract, the Pistons announced today (via Twitter). 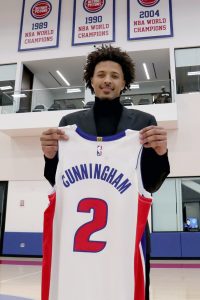 Cunningham, who is making his Summer League debut in Las Vegas on Sunday night, will be the highest-paid rookie in the 2021 class. As our breakdown shows, he’s in line for a rookie salary of $10MM+ and will make more than $45MM over the life of his four-year contract with Detroit.

The Pistons also formally confirmed the signing of second-rounder Isaiah Livers, which we previously relayed.