AUGUST 4: The Sixers have officially signed Drummond, the team announced today in a press release. Minimum-salary signings are one of the transactions that can be formally completed during the free agency moratorium. 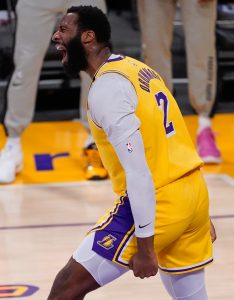 AUGUST 3: The Sixers have reached an agreement with free agent center Andre Drummond on a one-year deal, a source tells Adrian Wojnarowski of ESPN (Twitter link). According to Kyle Neubeck of PhillyVoice.com (Twitter link), it’s a minimum-salary contract.

It’s an interesting fit for Drummond, who – as a member of the Pistons and Cavaliers – has had some fierce battles with 76ers center Joel Embiid over the years. In 2021/22, he’ll be Embiid’s backup in the middle, taking the spot previously occupied by Dwight Howard, who has agreed to return to the Lakers, Drummond’s most recent team.

Drummond has spent much of his NBA career putting up big numbers for lottery teams or borderline playoff clubs. He joined the Lakers last season hoping to contribute to a winner, but fell out of the team’s rotation entirely by the time L.A. was eliminated by Phoenix in Game 6 of the opening round. In Philadelphia, he’ll be looking once again to prove he can be a reliable role player on a title-contending club.

The Sixers, who have agreed to re-sign Furkan Korkmaz via his Bird rights and Drummond to a minimum-salary contract, still have the mid-level exception at their disposal in free agency.