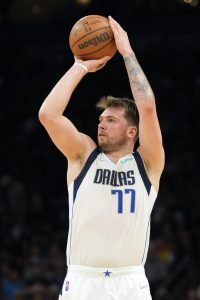 Listed below are the maximum-salary contracts for players signing contracts that start in 2022/23.

A player’s maximum salary is generally determined by his years of NBA experience, so there’s a wide gap between potential earnings for younger and older players.

In the charts below, the “6 years or less” column details the maximum contracts for players like Gilgeous-Alexander and Porter, as well as what a free agent like Deandre Ayton is eligible for; the “7-9 years” column applies to free agents like Zach LaVine and to players who qualified for a Rose Rule rookie scale extension, such as Doncic and Young; and the “10+ years” column applies to the league’s most experienced vets, including Beal, or those who qualified for the super-max.

It’s worth noting that none of the maximum-salary figures listed above will apply to extension-eligible players whose new contracts will start in 2023/24.

This group includes players like Nikola Jokic and Ja Morant, who are on track to sign max extensions with the Nuggets and Grizzlies, respectively. It also includes players who signed maximum-salary extensions in previous years that will begin in ’23/24, including Joel Embiid.

The exact value of those players’ contracts will depend on where the cap lands for 2023/24. The NBA has announced that the cap for ’23/24 is projected to come in at $133MM, but there’s plenty of time for that estimate to fluctuate between now and next summer.