Retired shooting guard Jamal Crawford reflected on his 20-year NBA run in a conversation with Bryan Kalbrosky of USA Today. Earlier this summer, the 6’5″ vet, a three-time Sixth Man of the Year, showed off his still-lethal handle at his yearly Seattle-based Pro-Am league the CrawsOver.

“I would always stretch and ice even if nothing was hurting,” Crawford, now 42, said of one of the keys to his longevity in the league. “I heard an ounce of prevention is worth a pound of recovery. I was always taking care of myself… I was always trying to think about the long game so I could play at a high level for a long time… I would’ve played even longer if I knew the stuff I know now.”

Here are more odds and ends from around the basketball globe: 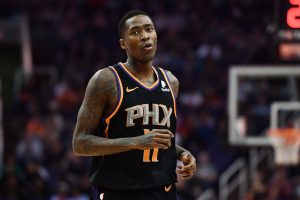 “‘Goodbye to the game, all the spoils the adrenaline rush,'” Crawford wrote, quoting a Jay-Z song. “Thank you basketball, I owe you everything …..✌🏾”

The longtime NBA guard turned 42 years old on Sunday and hasn’t played in the league since he appeared in a single game for the Nets during the 2020 bubble at Walt Disney World.

Selected out of Michigan with the eighth overall pick in the 2000 NBA draft, Crawford played in 1,327 regular season games and another 74 playoff contests across 20 seasons for the Bulls, Knicks, Warriors, Hawks, Trail Blazers, Clippers, Timberwolves, Suns, and Nets.

In his final non-bubble game, playing for the Suns in Dallas on the last day of the 2018/19 season, Crawford went off for 51 points. It was the most points he had scored in a game since 2007 and the second-highest mark of his career.

A pair of longtime NBA big men returned to action in Europe this week after lengthy layoffs.

The most notable of the two, Pau Gasol, played for the first time in over two years on Friday, taking the court for Barcelona in EuroLeague play. He logged 13 minutes vs. Bayern Munich, recording nine points and four rebounds (AP story via ESPN).

Meanwhile, in Russia today, Khimki Moscow center Timofey Mozgov appeared on Monday in his first game in nearly three years, per Sportando. Mozgov was last on an NBA roster during the 2018/19 season, but he didn’t appear in a single game with Orlando that year due to knee issues.

Those issues persisted after Mozgov signed with Khimki in 2019, and the NBA even permitted the Magic to remove Mozgov’s cap hit from their books last season since his injury was viewed as potentially career-ending. His return today represents the culmination of a long, impressive comeback.

Julius Randle became the symbol of free agency disappointment for Knicks fans last season, but he has shown signs of a turnaround this year, writes Stefan Bondy of The New York Daily News. Randle was among several veteran free agents brought in on short-term deals after New York missed out on its primary targets during the summer of 2019. Bondy notes that Randle has lost weight and looks like a different player so far.

“I ran pretty much every day during the offseason. Like I said, that was just a challenge for me to get in extreme condition or whatever it is,” Randle said. “That’s just what I challenged myself to do every day. Yeah, I dropped a little bit of weight but the biggest thing was just pushing myself just to run every day and just challenging myself in that way.”

New coach Tom Thibodeau said he noticed the difference in Randle when he reported for the team’s voluntary training camp in September. Thibodeau has given Randle control of the offense, and he’s averaging 24.8 points, 10.5 rebounds and 7.5 assists through the first four games.

40-year-old Nets guard Jamal Crawford hopes to return to the NBA for the 2020/21 season, per Marc Stein of the New York Times.

Crawford unfortunately logged just five minutes of action in one game for Brooklyn during the NBA’s Orlando restart due to a hamstring injury. If the three-time Sixth Man of the Year is able to play next season, it would be his 21st in the league.

A versatile backcourt scorer famous for his mean crossover, Crawford has played for nine NBA clubs, most notably as a key contributor off the bench for the Clippers and Hawks. He signed with the Nets as a substitute player for the Disney World summer restart after several Brooklyn players opted out due to injuries or the novel coronavirus.

Stein noted that Nets All-Star forward Kevin Durant recently intimated that he has interest in Crawford returning to the Nets during the 2020/21 season.

“With a whole, healthy roster,” Crawford said, “anyone would love that opportunity.”

The Nets will presumably have championship aspirations provided that Durant and fellow All-Star Kyrie Irving are fully recovered from injuries that derailed their 2019/20 seasons. Durant, recuperating from an Achilles tear, did not play at all this year.

Adding Crawford to at least Brooklyn’s training camp roster, perhaps on a partially-guaranteed veteran’s minimum contract, would be a nice low-cost way to bring veteran leadership with proven scoring acumen to the Nets bench.

The Nets will be without sharpshooter Joe Harris and veteran scorer Jamal Crawford for Game 3 and Game 4 of their series against Toronto, head coach Jacque Vaughn confirmed today. Crawford continues to be hampered by a hamstring strain, while Harris left the NBA’s campus on Wednesday.

According to Marc Berman of The New York Post (Twitter link), teammate Tyler Johnson said today that Harris’ absence is related to an emergency family matter. A source close to Harris tells Brian Lewis of The New York Post (Twitter link) that the situation is “day-to-day,” with the 28-year-old’s return date and quarantine period still up in the air. If the Nets can’t pick up a win over Toronto, Harris’ season will be over and he’ll be headed to unrestricted free agency this fall.

Kyrie Irving isn’t playing for the Nets this summer, but he’s staying connected with the team, having called Caris LeVert to talk to his teammate after the end of the seeding games last week.

“I talked to Ky (on Friday) morning, talked about the games and playoffs coming up and giving me encouragement,” LeVert told reporters, including Brian Lewis of The New York Post. “He’s watching all the games. He’s been in this position before, fighting for something.”

LeVert, who was named to the NBA’s All-Seeding Games Second Team over the weekend, has been the Nets’ leading scorer and primary play-maker during the restart. Assuming he’s still on the roster next season, he’ll share those duties with Irving and star forward Kevin Durant.

Here’s more on the Nets and New York’s other NBA team:

The Nets will have plenty of key decisions to make this fall, including who will become their permanent head coach and whether they should package some of their talent in an effort to trade for another impact player. However, GM Sean Marks isn’t underestimating the importance of re-signing veteran sharpshooter Joe Harris.

“Priority No. 1,” Marks said of locking up Harris, per Brian Lewis of The New York Post. “It’s that simple, yeah. … Signing him and seeing him with this group will certainly be a priority for us.”

Harris, who signed a two-year, $16MM contract with Brooklyn in 2018, figures to be in line for a raise this offseason and it could be a substantial one. He has become one of the NBA’s most consistent outside shooters, knocking down 44.8% of his three-point attempts over the last two seasons, and will be one of the top UFAs in a somewhat weak market.

The Nets already have about $133MM in guaranteed money on their books for next season, per Basketball Insiders, which will almost certainly make them a taxpayer. They’ll have to weigh how much more they’re willing to pay to retain Harris.

Both Tyler Johnson and Chris Chiozza will be free agents at the end of the 2019/20 season, as Johnson signed a one-year contract in June and Chiozza’s two-way deal is expiring as well. However, the two guards are making a strong case to be considered for next season’s Nets roster, as Tom Dowd of BrooklynNets.com writes.

The Nets’ rotation has been in a state of flux this summer due to injuries, opt-outs, COVID-19 cases, and some lineup experimentation. However, Johnson and Chiozza have often shared the backcourt as part of the club’s second unit, and the pairing has worked. Entering today’s game, Chiozza is averaging 9.2 PPG and 5.0 APG in six games during the restart, while Johnson has contributed 11.0 PPG, 3.3 RPG, and 2.8 APG.

“I think it’s a great combination; two guards that can pass and shoot pretty well,” Chiozza said, per Dowd. “He’s a smart player so it’s easy to play with him. He knows how to move when I’ve got the ball and I feel like we get each other a lot if open shots.”

Meanwhile, veteran guard Jamal Crawford was supposed to be a backcourt contributor for the Nets this summer after signing as a substitute player, but has been limited to just six minutes due to a hamstring injury.

Despite not playing much, Crawford has provided great leadership for the Nets, including Caris LeVert, head coach Jacque Vaughn said this week (Twitter link via Brian Lewis of The New York Post). According to Vaughn, Crawford may not return before the seeding schedule ends, but the team remains confident he can contribute this summer.

Kemba Walker‘s interest in signing with the Knicks as a free agent last summer was “very serious,” the Celtics guard said in a Ringer podcast (Twitter link). The New York native revealed that “before Boston actually came along, the Knicks were one of my top priorities. I was thinking they were going to get another player (top free agent) but it didn’t work out.” Walker wound up agreeing to a four-year, $141MM max contract with Boston.