Heat guard Kendrick Nunn is working to flip the narrative after a rough first experience in Orlando, Anthony Chiang of the Miami Herald writes.

Nunn has received quality rotation minutes in the Finals so far, showing great effort on both ends despite playing scarcely in previous rounds. In Game 1, he finished with 18 points and five rebounds, playing 19 minutes off the bench. He followed that up with a 13-point, three-assist outing in Game 2, providing depth behind Tyler Herro and Jimmy Butler.

“It has been an experience for me,” Nunn said. “Obviously I had some pretty rough days. Now it’s getting better. It just comes from sticking with it every day, putting in work, grinding, not making any excuses and just sticking to basically my routine and my style of play.”

The runner-up for the Rookie of the Year award, Nunn contracted COVID-19 this summer, struggling to regain his footing and seeing his role change in the weeks that followed. With Goran Dragic (plantar fascia tear) still sidelined, the Heat will need Nunn to continue producing at a high level.

Veteran NBA forward Marvin Williams has decided to call it a career, telling Marc J. Spears of The Undefeated (Twitter link) that he’s retiring as a player. 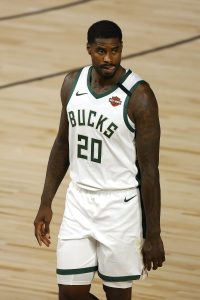 Williams, 34, was the second overall pick in the 2005 NBA draft. He began his career by spending seven seasons with the Hawks before moving on to play for the Jazz, Hornets, and Bucks over the course of his 15-year career.

Although he never developed into the sort of star player Atlanta may have hoped for when drafting him ahead of Deron Williams and Chris Paul in 2005, Williams was an exemplary teammate and a reliable role player, averaging 10.2 PPG and 5.2 RPG on .443/.361/.808 shooting in 1,072 career regular season games (28.1 MPG).

The former UNC standout appeared in another 59 playoff contests, including 10 with Milwaukee this summer. He played his last NBA game on Tuesday night, recording 11 points and eight rebounds in the Bucks’ season-ending loss to Miami.

At age 34, Williams would likely still be able to get a minimum-salary contract on an NBA team this offseason if he wanted to extend his career. However, he had spoken back in January about considering retiring at the end of this season. At the time, he said he was interested in pursuing a role in international basketball outreach once his playing days were over.

“I like the Junior NBA (program) where you are basically a camp counselor all around the world,” Williams told Rick Bonnell of The Charlotte Observer. “Basketball Without Borders, I’ve done a couple of those: I went to Africa and I went to Indonesia. … Any opportunity I get to travel and work with kids? That’s what I would love to do.”

Magic forward James Ennis and Bucks forward Marvin Williams have each been fined $15K for their involvement in an on-court altercation during Game 3, the NBA announced in a press release.

The incident occurred with 5:39 remaining in the second quarter of Saturday’s contest, with Ennis and Williams battling for position and quickly getting tangled up. Both players began shoving each other and were subsequently ejected after the scuffle.

Williams has stated he has no interest in apologizing to Ennis and described the situation as one where he defended himself as a man, as relayed by Matt Velazquez of the Journal Sentinel (Twitter link).

Milwaukee defeated Orlando 121-107 behind Giannis Antetokounmpo‘s 35 points, 11 rebounds and seven assists. Ennis, a starter, recorded one point and two rebounds prior to being ejected, while Williams grabbed two rebounds in six minutes off the bench.

The Bucks currently lead the series 2-1 with Game 4 scheduled to be aired by NBA TV on Monday.

Sixers center Joel Embiid said he’d like to play with Ben Simmons for his entire career, Frank Urbina of Hoops Hype relays. Embiid made that comment during the Rights to Ricky Sanchez podcast.

Both stars are locked into long-term deals with the Sixers. Embiid’s contract runs through the 2022/23 season, while Simmons can’t become a free agent until the summer of 2024.

Marvin Williams looked at three Eastern Conference contenders when he started considering a buyout with the Hornets, writes Rick Bonnell of The Charlotte Observer. Williams thought about playing for the Bucks, Raptors or Celtics, and Milwaukee was the first team to express interest. The move has worked out well as he is playing 17 minutes per night as the primary backup at power forward.

“The easiest thing is actually the basketball aspect,” Williams said about changing teams in midseason for the first time in his 15-year career. “I’m in a new city meeting new people. All new teammates. Once I get out there on the court, it’s still all basketball.”

As the Hornets adopted a youth movement, Williams dropped out of the starting lineup and saw his playing time cut significantly. He will return to Charlotte today for the first time since the buyout and said he is comfortable with his legacy in the city.

“You hear people say you always want to leave something in better shape than when you got it,” Williams said. “I think (the Hornets were) in bad shape when I got there. I want people to remember I tried to do the right things when I was there.”

Marvin Williams is making his debut for the Bucks on Wednesday night and ESPN’s Eric Woodyard (Twitter link) passes along the team’s initial plan for the veteran’s first appearance.

“We’re going to play him a little bit and see how it goes,” coach Mike Budenholzer said. “I’m excited about having him be a part of our group and how he can help us.”

Williams agreed to a buyout with Charlotte last week and inked a deal with Milwaukee over the weekend. Here’s more from the Eastern Conference:

Celtics guard Kemba Walker, who was teammates with Marvin Williams for five seasons in Charlotte, said he spent several weeks trying to convince the veteran forward to join him in Boston when he was eventually bought out by the Hornets, according to Adam Himmelsbach of The Boston Globe. After Williams joined the rival Bucks instead, Walker called up his longtime teammate to congratulate him on his new deal.

“He said that he wished he could have gotten to Boston with me, but I’m just happy for him,” the Celtics’ All-Star point guard said, per Himmelsbach. “That’s my guy, man. That’s one of my favorite teammates I’ve ever been around. That’s my vet. I was upset that we didn’t get the chance to get him, but I’m happy for him. He deserves it. He’s been in the league for a very long time. He works hard. He deserves to be on a winning team.”

The Celtics figure to keep a close eye on the buyout market in the coming weeks, though they’ll have to waive a player from their 15-man roster if they want to bring anyone in.

The Bucks have made it official with Marvin Williams, announcing today in a press release that they’ve signed the veteran forward. Terms of the deal weren’t revealed, but it figures to be a one-year contract worth the prorated veteran’s minimum. 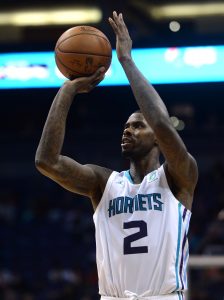 After remaining in Charlotte through the trade deadline, Williams quickly negotiated a buyout with the Hornets, clearing the way for him to join a contending team. Before that buyout with Charlotte was even official, Williams’ camp had lined up a deal with the NBA-leading Bucks, who released little-used big man Dragan Bender in order to create an opening on their 15-man roster.

Williams is unlikely to play major minutes in Milwaukee, but he’ll provide veteran leadership in the locker room and is still capable of playing a three-and-D role off the bench.

Williams, who is in his 15th NBA season, suggested last month that he may consider retirement at season’s end. Before he seriously weighs that decision, he should get a legit chance to compete for a championship for the first time in his career — he has never made it beyond the second round in any previous postseason.

Williams’ new minimum-salary deal with the Bucks will pay him $956,348 for the final 66 days of the regular season — that’s the exact amount he gave up in his buyout with the Hornets, per Jeff Siegel of the Early Bird Rights (Twitter link). Milwaukee will carry a $604,278 cap hit for Williams.

Bucks coach Mike Budenholzer noted that Williams will be listed as active for tonight’s game against the Kings but will probably not play, according to The Milwaukee Journal Sentinel’s Matt Velazquez (Twitter link).

FEBRUARY 10: The Bucks issued a press release confirming they’ve officially waived Bender. They now have the roster spot necessary to finalize the signing of Williams.

FEBRUARY 8: The Bucks will waive big man Dragan Bender, clearing the way to sign forward Marvin Williams once he completes a buyout with the Hornets, tweets ESPN’s Adrian Wojnarowski.

Bender, 22, has appeared in just seven games for Milwaukee this season while bouncing between the G League and the NBA squad. He has seemingly been a candidate to be waived all season since the two-year deal he signed over the summer was initially only partially guaranteed for 2019/20 and non-guaranteed for next season. Because this year’s salary became fully guaranteed last month, Milwaukee will be on the hook for the full $1,678,854 unless he’s claimed on waivers.

The Croatian big man has struggled in the NBA since being drafted fourth overall in the 2016 NBA Draft. After appearing in all 82 games for the Suns during his sophomore campaign, he has struggled to maintain any sort of stable role.

Williams, 33, averaged career-lows in PPG (6.7) and RPG (2.7) while playing a reduced role in Charlotte. He has scored a mere 10 points in his last four games but the veteran remains a capable three-point shooter and perimeter defender. Williams figures to help the Bucks down the stretch as the team pursues the best record in the Eastern Conference.

As Andre Iguodala remained in limbo for months in Memphis, rumors swirled about where he’d eventually land. When he spoke to Iguodala following his trade to Miami, Sam Amick of The Athletic pointed out that teams like the Lakers, Clippers, and Rockets were mentioned more often than the Heat as possible destinations. However, the veteran forward told Amick he was impressed by what he’d seen from the Heat this season.

“I watched them on TV a few times, and they’d been doing so well that they’re on everybody’s radar,” Iguodala said. “Like, ‘Man, these boys can play.’ They’re disciplined, they’re playing the right way, the DNA that’s in the organization, and how they drive the DNA and all the players who come through their system, from seasoned guys to young guys to undrafted guys and all the picks. They’re doing a good job with developing their players.”

A report leading up to the trade deadline suggested that Iguodala may decide to sit out the rest of the season if he wasn’t sent to one of his preferred landing spots, and it wasn’t clear that Miami was on that list. The 36-year-old didn’t confirm one way or the other whether he had to be talked into joining the Heat, but did say that a conversation with team president Pat Riley made him enthusiastic about the move.