Hoops Rumors is breaking down the 2017 offseason for all 30 NBA teams, revisiting the summer’s free agent signings, trades, draft picks, departures, and more. We’ll evaluate each team’s moves from the last several months and look ahead to what the 2017/18 season holds for all 30 franchises. Today, we’re focusing on the Los Angeles Lakers. 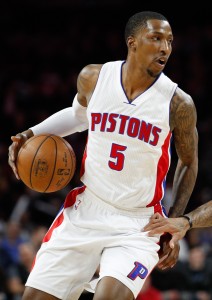 Check out the Los Angeles Lakers’ full roster and depth chart at RosterResource.com.

Magic Johnson entered his first offseason as the Lakers’ president of basketball operations with a clear objective: set the stage for a star-studded 2018 free agency.

Johnson hired former player agent Rob Pelinkia as the team’s GM, something that may help with recruiting big names to the Lakers’ organization. He refrained from adding substantial salary to the future books in free agency, a mistake of the previous regime. And he cleared long-term salary in the D’Angelo Russell trade by attaching Timofey Mozgov to the former No. 2 overall pick in a deal that yielded Brook Lopez and the No. 27 overall pick in the 2017 draft (Kyle Kuzma) from the Nets.

If the organization makes a few smaller-scale moves at some point, such as moving Jordan Clarkson or other players on manageable contracts, it will have the ability to add multiple max-salary free agents next offseason. Maintaining flexibility trumped the desire to contend immediately and with Johnson running the show, the strategy could easily be lauded as soon as next July.

Shipping away Russell just two seasons after spending a top-2 pick on him is puzzling in a vacuum, though it’s a much easier pill to swallow with Lonzo Ball coming into the fold. The organization realized that Russell and Ball were unlikely to form a sustainable backcourt combination and decided to make a move, betting on Ball to become the better long-term option.

The Lakers will also begin the season without the services of Nick Young for the first time since opening night in 2012. Young, who signed with the Warriors this offseason, enjoyed one of his most efficient campaigns last season, posting career-high 58.8 true shooting percentage. However, it was nearly a foregone conclusion by the end of the 2016/17 campaign that the veteran swingman wouldn’t return, since it didn’t make sense for him to continue playing for a team destined for the lottery yet again. 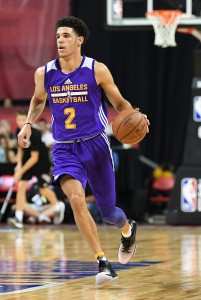 Many expected the Lakers to swing a deal with the Pacers for Paul George, especially with George reportedly telling the Pacers that he wanted to be in Los Angeles. Johnson and the Lakers’ organization held firmly onto their assets (perhaps because of Johnson’s relationship with PG13) and George was shipped elsewhere.

Unable to bring in a star for the sixth straight offseason, Los Angeles opted to acquire talent that would help in the short-term without sacrificing future flexibility. The front office made several moves that project to be clear upgrades in their starting lineup.

Bringing in Kentavious Caldwell-Pope on a one-year, $18MM provides the team with an offensive threat on the wing and a potential long-term backup plan should the franchise not land top talent during the summer of 2018. Had KCP hit the free agent market just one year earlier, perhaps he would have signed a maximum salary deal. Reaching the market a year after many teams overspent based on projections, he found fewer suitors willing to make big offers and settled for a lucrative one-year, prove-it deal.

The addition of Lopez adds a level of legitimacy to the Lakers’ frontcourt. The 29-year-old posted a player efficiency rating above 20 for the sixth straight year last season, even as he incorporated the three-ball into his game. Lopez’s 387 shots from behind the arc ranked 34th in the league last season, ahead of other notable marksmen such as Kawhi Leonard, Gordon Hayward, and Kyle Korver. His ability to stretch the floor should allow Ball, Caldwell-Pope, and sophomore Brandon Ingram more space to penetrate opposing defenses.

Adding a natural playmaker like Ball should allow the team to get the most of out its talent. Many have criticized the UCLA product’s shooting form, though there’s no denying the skill set that this kid possesses. Will he be as great as his father proclaims he will be? Probably not, but that doesn’t mean he won’t progress into a star.

The Lakers spent the last few offseasons attempting to add star free agents but ultimately ended up with lesser additions. This offseason yielded the same results, though it seems more orchestrated, organized, and executed with greater long-term objectives in mind than past offseason outcomes.

While Johnson’s plan for this offseason was more about the bigger picture than it was for the upcoming season, the team should easily be able to improve upon its 26-win campaign. Kevin Pelton of ESPN.com projects L.A. to end up with 33 wins this season, an improvement that’s driven by upgrades on the offensive side of the court. The projected starting lineup of Ball, KCP, Ingram, Lopez, and Julius Randle, who’s an extension candidate, should make scoring a non-issue for this team.

The defense is another story, as Luol Deng and Larry Nance Jr. are the only players on the roster to be included in the top-25 of their respective position’s defensive ranking, per ESPN’s Real Plus/Minus.

Is it possible that the Lakers hang in the conference’s eighth seed race through March? Sure, but competing in the Western Conference was no child’s play last season and it will be even more challenging this season after several teams made strides to get better.

Still, the Lakers will put out an entertaining product on the court this season, with Ball shooting and distributing, Lopez owning the post, and KCP driving and finishing. They’ll likely pull off some upsets and have a few games where they look like playoff contenders. However, with so many young players on the roster, inconsistency will likely be the factor that plagues the club this season and that will likely result in another lottery appearance.

For Johnson and the Lakers, this season’s win total isn’t an overly important factor; it’s all about the following season, when the team hopes to employ multiple All-Stars and compete for a title.