After years of building through the draft and steadily improving their record, adding LeBron James to the mix was supposed to be the move that pushed the Lakers back into the playoffs. Early returns were positive, as the team held a top-four seed in the West through Christmas, but things took a sharp downturn from there. LeBron’s groin injury, a series of leaked Anthony Davis trade offers, and Magic Johnson‘s abrupt resignation from his president of basketball operations role has left the franchise in a state of a flux entering a crucial summer.

Here’s where things currently stand for the Lakers financially, as we continue our Offseason Salary Cap Digest series for 2019: 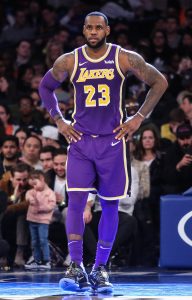