As we detailed earlier, players who signed new contracts as free agents during the 2019/20 league year can’t be traded for three months or until December 15, whichever comes later. That means that every team has at least one player – and generally a handful – who won’t become trade-eligible until mid-December.

Listed below are the players who meet this criteria and can’t be traded until at least January 15, 2020. We’ll continue to update this page over the next few months, if necessary. 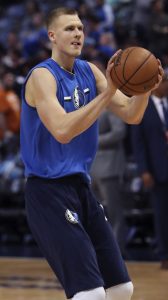