Now that the NBA has set its salary cap for the 2021/22 league year at $112,414,000, we have a clear idea of what maximum-salary contracts will look like for the coming season. Conveniently, the cap increase came in at almost exactly 3%, which is precisely what the NBA had been forecasting all year, so our projections won’t change much. 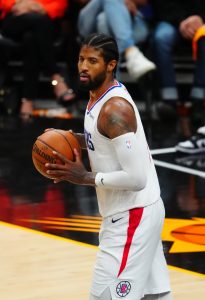 These figures will apply to a number of players who signed maximum-salary contract extensions that will go into effect in 2021/22: Giannis Antetokounmpo, Paul George, Damian Lillard, Bradley Beal, Jayson Tatum, Donovan Mitchell, Bam Adebayo, and De’Aaron Fox. They’ll also apply to anyone who signs a maximum-salary contract as a free agent this offseason — Kawhi Leonard is the most viable candidate.

A player’s maximum salary is generally determined by his years of NBA experience, so there’s a wide gap between potential earnings for younger and older players.

It’s worth noting that none of the maximum-salary figures listed above will apply to extension-eligible players whose new contracts would start in 2022/23.

This group includes players like Stephen Curry and Jimmy Butler, who appear on track to sign extensions with the Warriors and Heat, respectively. It also includes players who will sign maximum-salary rookie scale extensions, such as Luka Doncic, Trae Young, and Shai Gilgeous-Alexander.

Even if they officially sign new deals sooner rather than later, the exact value of their next contracts will depend on where the cap lands for 2022/23. The NBA has announced that the cap for ’22/23 is projected to come in at $119MM, but there’s plenty of time for that estimate to fluctuate between now and next summer.