Lonzo had previously been represented by CAA, but parted ways with the agency earlier this year. Now, he appears set to make the move to Roc Nation along with his two younger brothers, including LaMelo, who is one of the top prospects in the 2020 draft.

“This was a family decision,” Jackson told ESPN. “… We talked to several agents, but the family had good vibes with Roc Nation. I’ve known Jay-Z since I played for the Knicks, but this is what the kids wanted to do. Jay-Z is a master at what he does. He’s global. It’s power beyond power.”

While Jay-Z launched Roc Nation Sports in 2013, he obviously won’t be the one handling basketball matters for the Ball brothers. Veteran agent Raymond Brothers will be the Balls’ lead agent at Roc Nation, according to Givony.

Here are more odds and ends from across the NBA:

After releasing a 233-player list of early entrants for the 2019 NBA draft on Tuesday, the league followed up today by adding a few more names to that list. According to an announcement from the league, “timely letters” were received from three more prospects who declared for the draft. Those players are as follows:

Leading up to the early entry deadline, there were reports that Cham, Lamb, and Sneed all intended to enter the draft, so it was a little surprising not to see them on the NBA’s official list this week. They’re on there now though, and the additions of those three names mean that this year’s early entrant total is up to 236 players, matching a record set in 2018.

As we noted on Tuesday, there were still several players who reportedly intended to declare for the draft as early entrants and aren’t on the NBA’s list, so they either had second thoughts or missed the deadline. The next deadline will arrive on May 29, when NCAA prospects will have to either withdraw from this year’s draft pool or officially forfeit their remaining college eligibility.

As expected, after announcing his retirement as a player over the weekend, Richard Jefferson has quickly secured a new job. The longtime NBA forward has officially joined the YES Network and will work as a Nets game and studio analyst this season, according to a press release.

Speaking of post-retirement jobs, Boris Diaw – who called it a career last month – has joined France’s national team as the program’s deputy general manager, as Emiliano Carchia of Sportando relays.

Boris Diaw, who played 14 seasons in the NBA, has officially retired from basketball, according to a tweet from Sportando. The versatile big man played for five teams, but is best known for his time in San Antonio, where he won a championship in 2014. 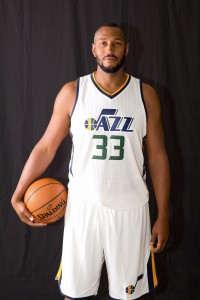 A French native, the 36-year-old spent last season with Paris-Levallois. He built a strong international reputation in France before coming to the NBA, winning the FIBA Europe Under-18 Championship in 2000. He was named captain of the French national team in 2006 and led his nation to the gold medal at the 2013 EuroBasket tournament.

Diaw was drafted by the Hawks with the 21st pick in 2003. He spent two years in Atlanta before being traded to the Suns, and later played for the Bobcats and Spurs before finishing his NBA career with the Jazz in 2017. Several playoff teams reportedly had interest in signing him late last season, but nothing ever materialized.

Several current NBA players and referees will meet privately Saturday during All-Star Weekend in Los Angeles to discuss player-referee relations, according to a release posted on the Players’ Association’s website. Tensions between players and officials have been a hot topic this year and the aim of the meeting is to improve communication and transparency. Among the topics that will be discussed is on-court communication and demeanor; perception in media, optics, and reality of issues between players and officials; respect for game rules and their consistent enforcement; tactics for de-escalation of tension from each side; and equality of treatment for all players and officials.

In other news around the league and overseas:

With the trade deadline gone, now is the time when teams scour the market for veteran help to aid a playoff run. Two players who are currently receiving interest from contending teams are Andrew Bogut and Boris Diaw.

According to ESPN’s Tim MacMahon (via Twitter), Diaw, who is currently with the French team Paris-Levallois, has “touched base” with several playoff teams. The 35-year-old is a 14-year NBA veteran with 119 games of postseason experience, including the 2013/14 championship Spurs team. MacMahon notes that teams like Diaw’s locker room presence and unselfish role play.

Diaw last appeared in the NBA with the Jazz last season, averaging 4.6 PPG in 73 games.

As for Bogut, he has yet to latch on with a team since the Lakers released him in early January. Bogut’s agent, David Bauman, tells Gery Woelfel of the Racine Journal Times (via Twitter) that the Australian big man is considering four playoff-bound teams and that,”the good news is Andrew will be in the playoffs.” Bogut is expected to sign next week, Bauman tells Woelfel.

Bogut played sparingly for the Lakers, appearing in just 24 games while averaging 1.5 PPG. However, the 33-year-old brings his own postseason pedigree as he was part of the Warriors‘ 2014/15 championship team. The 13-year veteran has been consistently regarded as a steady veteran presence and defensive asset.

Having signed to play for a team in France, Boris Diaw explains in a YouTube video (French, with English subtitles) why he made the decision to join Levallois Metropolitans for the 2017/18 season after 14 years in the NBA.

“This decision wasn’t about the money,” Diaw said. “It was about joining a club that could benefit from my presence, where I could help guide and teach the younger players. It was about bringing them my experience, my advice. It was also about staying fit. It provided me with an opportunity to play at a high level and stay physically fit while waiting for a potential offer from an NBA team that might need me during the season.”

As we wait to see if Diaw makes his way back to the NBA at some point in 2017/18, let’s round up a few more odds and ends from around the basketball world…

SEPTEMBER 17, 8:14am: Diaw’s signing is official, the French club announced in a tweet.

SEPTEMBER 14, 1:47pm: Veteran NBA forward Boris Diaw will head back to France to start the 2017/18 season, according to David Cozette of SFR Sport (Twitter link), who reports that Diaw has agreed to sign with Levallois Metropolitans. The deal will feature an NBA out clause, per Sportando (Twitter link).

Diaw, 35, has spent the last 14 seasons in the NBA, beginning his career with the Hawks before moving on to the Suns, Bobcats, Spurs, and Jazz. Diaw started 33 games and appeared in 73 overall regular season contests for Utah last season, but saw his production dip — his PPG (4.6), FG% (.446), and 3PT% (.247) marks were all among the worst of his career. He had a $7.5MM salary for 2017/18 that would have become guaranteed if the Jazz had not waived him in July.

While Diaw has played in the NBA for nearly a decade and a half, he’s no stranger to French competition either. Before being drafted 21st overall in 2003, Diaw spent multiple seasons with Pau-Orthez in France, and he returned to his home country during the 2011 lockout to play for JSA Bordeaux. The veteran forward has also represented France in several international tournaments.

Levallois Metropolitans, Diaw’s new team, was formerly known as Paris-Levallois Basket. The club was led last season by former Florida State standout Jason Rich and Knicks draft-and-stash big man Louis Labeyrie, but both players have found new homes for the 2017/18 campaign, so the team figures to lean heavily on Diaw.

Having been waived by the Jazz earlier this summer, forward Boris Diaw remains an unrestricted free agent and his future as a player remains up in the air. Diaw recently told Le Figaro that he’s not 100% sure that he’ll find an NBA home for the 2017/18 season, suggesting that a return to Europe is a possibility (translation via Emiliano Carchia of Sportando).

According to Diaw, he has been in touch with a few NBA teams, but nothing concrete came out of those conversations. The French forward added that there are several factors he has to take into account as he considers his next move, and he’s not yet closing any doors.

Diaw, 35, has spent the last 14 seasons in the NBA, beginning his career with the Hawks before moving on to the Suns, Bobcats, Spurs, and Jazz. Diaw started 33 games and appeared in 73 overall regular season contests for Utah last season, but saw his production dip — his PPG (4.6), FG% (.446), and 3PT% (.247) marks were all among the worst of his career. He had a $7.5MM salary for 2017/18 that would have become guaranteed if the Jazz had not waived him last month.

While Diaw has played in the NBA for the last 14 years, he also has some international experience, so playing in Europe wouldn’t be new to him. Before being drafted 21st overall in 2003, Diaw spent multiple seasons with Pau-Orthez in France, and he returned to his home country during the 2011 lockout to play for JSA Bordeaux. The veteran forward has also represented France in several international competitions.

The Raptors reportedly inquired on Diaw last month just before he was waived by the Jazz, but no NBA teams have been linked to him within the last few weeks.

While most of the biggest names still available on the free agent market are restricted free agents, there are several noteworthy unrestricted players who are free to sign outright with any NBA team. Over the last several days, we’ve identified a number of those players, examining five notable guards, wings, and big men who remain unsigned.

Today, we’ll close out our look at those notable remaining free agents by focusing on a handful of forwards who could appeal to NBA clubs. Some of these players could be considered wings or bigs, but we’ve split them off into their own category — these are frontcourt players who probably shouldn’t be relied on as the man in the middle of any lineup that’s not unusually small.

The Raptors, Hawks, Timberwolves, Pelicans, Spurs, and Hornets are among the teams that could potentially use a little more frontcourt depth, though those aren’t the only clubs who may be suitors for the players listed below.

Here are five notable free agent forwards to keep an eye on:

Note: Restricted free agents aren’t noted here, since they’re not free to sign with any team, but Nikola Mirotic and JaMychal Green are among the noteworthy RFA forwards still on the market.