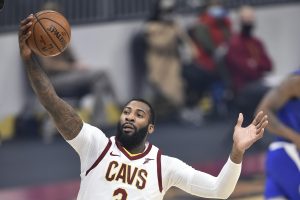 As we relayed yesterday, Woj previously reported that the Lakers were a “strong frontrunner” to ink the veteran big man. Drummond also met with the Celtics, a club in the market for a Daniel Theis replacement after moving their starting center in a cost-cutting deal.

The 6’10” Drummond, a two-time All-Star during his tenure with the Pistons, should immediately get the starting nod ahead of erratic current starter Marc Gasol and undersized reserve center Montrezl Harrell, Woj noted in a since-updated story previewing Drummond’s interest in the Lakers yesterday.

After spending portions of two seasons in Cleveland, Drummond reached a buyout agreement on Friday with the Cavaliers, who are prioritizing young new center Jarrett Allen. Across 25 games with the Cavs this season, Drummond averaged 17.5 PPG and 13.5 RPG.

Given the Lakers’ salary situation, the deal can only be at the veteran’s minimum this year. But a starting nod and robust rebounding numbers on a club expected to contend for a repeat title could be a terrific opportunity for the 27-year-old Drummond to prove his mettle and make a case for a longer-term contract this summer.

Eric Pincus of Bleacher Report observes (via Twitter) that there is “not a real obvious path” to an ample future long-term agreement with the Lakers. The team will have Drummond’s Non-Bird rights at season’s end, but the ability to offer a raise using those rights will be extremely limited.