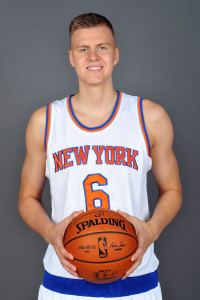 The Knicks entered this offseason fresh off a disastrous 2014/15 campaign that saw the team notch only 17 victories, flush with approximately $28MM in available cap space, and possessing some lofty free agency dreams of adding a star player or two. LaMarcus Aldridge, Greg Monroe, Marc Gasol, DeAndre Jordan, and Goran Dragic were among those available to pair alongside returning star Carmelo Anthony. But things rarely seem to go as planned in New York, and the franchise was forced to go with Plan B, adding a collection of role players whom team president Phil Jackson hopes will mesh together and lay the groundwork for the Knicks’ return to relevance.

The organization put a different spin on missing out on some of the top names, with GM Steve Mills insisting that the team didn’t strike out in free agency but instead focused on building a solid team around Anthony. “We tried to be as clear as we could possibly be that we weren’t chasing the biggest stars,” Mills told Mitch Abramson of The New York Daily News. “That’s not how we’re trying to build this team. Obviously, when LaMarcus Aldridge says he wants to meet with you and he’s going to meet with six teams, we agree to go meet with him. DeAndre Jordan was willing to meet with us, so of course we go and meet him. And when you go in, you want guys to say yes. But our goal starting out with this was to spend our money wisely and to get guys in who we thought would bring this team along together and fill holes and as it turned out, we were better suited going with multiple guys as opposed to just going after one.”

Whether or not Mills’ statements were truly indicative of the team’s offseason strategy or merely face-saving bravado is up for debate, but he was correct in his assertion that the Knicks filled a number of holes with their additions this summer. New York is unquestionably a superior team to the one that took the court in 2013/14, but that isn’t necessarily a ringing endorsement considering the D-League-quality roster the Knicks trotted out a season ago.

New York’s offseason rebuild began with the NBA draft, where the team held a top-five pick for the first time since 1986, and Jackson used the No. 4 overall pick to nab Latvian big man Kristaps Porzingis. The wisdom or folly of selecting Porzingis will take some time to assess, as the player is most certainly a project who will require a few seasons to develop. The early signs have been positive, and Porzingis has shown flashes of talent that portend good things to come for the player and his new team.

But the addition of Porzingis may have had an unintended downside for the franchise, possibly shutting the door on any chance that the Knicks had to land Aldridge via free agency. New York had reportedly informed Aldridge that due to the presence of Porzingis, it wanted him to play center full-time, an idea that nixed the scheduled meeting between New York and the marquee free agent. “If they’re going to tell me that I have to play center and I don’t want to play center, then of course it’s mutual after that. But before that I was excited to meet with them. I was interested,” Aldridge said in regard to the canceled powwow. “But they wanted to have their draft pick play and I get it.”

The Knicks also made a significant trade on the day of the draft, flipping Tim Hardaway Jr., whose game had regressed during his sophomore campaign, to the Hawks for No. 19 overall pick Jerian Grant, who fills a major need for New York in the backcourt. Anthony was reportedly upset at the loss of Hardaway, one of the team’s few offensive threats, but it was a solid trade for New York, and I expect ‘Melo to sing the rookie’s praises by the end of the 2015/16 season. New York’s other draft day addition, Guillermo Hernangomez, expressed his desire to continue playing for Real Madrid of Spain for many years before considering a move to the NBA, so he’s not likely to help the franchise anytime soon.

It’s doubtful that the Knicks were ever a realistic option for many of this summer’s free agents, though the team was linked to many of the biggest available names in the weeks leading up to July’s signing period. The one miss that stung the most for the team and its fans was Monroe passing on the glitz and glamour of playing in New York City to instead join the Bucks in Milwaukee, especially after Monroe’s agent, David Falk, had indicated strongly back in April that the Knicks would be one of the big man’s top choices.

Jackson moved on from Monroe and instead added veteran center Robin Lopez, whose rebounding, toughness and defense are all traits that last year’s Knicks squad lacked, especially in the pivot. Lopez can no doubt help the Knicks, though he’s definitely not the marquee name the franchise had designs on landing when the offseason commenced. Lopez’s deal is a fair one for both sides, with a $13.5MM average annual salary certainly being in line with Lopez’s production. Plus, this contract will likely look better once next offseason’s deals are signed, since the cap is expected to increase significantly as a result of the league’s new TV deal kicking in. The only major concern is Lopez’s injury history, with the big man averaging 66 games per season over his NBA career, including just 59 appearances in 2014/15.

New York made four other significant additions over the offseason, signing shooting guard Arron Afflalo, combo forward Derrick Williams, center Kevin Seraphin, and executing a sign-and-trade with Orlando for power forward Kyle O’Quinn. Of the three, O’Quinn has the highest upside, with his energy and hustle certainly making him an intriguing prospect, though his minutes will be limited thanks to the Knicks’ current frontcourt logjam. Inking Williams was the riskiest move of the offseason for Jackson, with the player struggling mightily since entering the league as the No. 2 overall pick in 2011. While nearly $4.5MM per season isn’t an exorbitant amount in today’s NBA, the team may need every bit of cap space next summer when it hopes to be in contention for the likes of Kevin Durant and Mike Conley. Williams also doesn’t appear to be a great fit for the triangle offense, and he’s never quite carved out a defined position for himself in the league, a factor that presents its own set of problems for coach Derek Fisher‘s rotation plans.

Afflalo certainly fills a need for the Knicks, who will count on him to help take some of the scoring burden off Anthony. How he’ll mesh with Anthony and the rest of the roster still remains to be seen, with the 30-year-old having been severely limited in training camp and the preseason thanks to a hamstring injury. He has yet to make it onto the court in the regular season. Afflalo can opt out of his deal after this season, and I’ll go on record and say that the franchise should hope that he does so. As a one-season stopgap, I like adding a healthy Afflalo to the mix, especially given the Knicks’ other remaining free agent options. While Afflalo has been a solid, if unspectacular, performer for the bulk of his career, he’s on the wrong side of 30, and he’s not a building block the franchise can count on to help lure big name free agents.

One of the Knicks’ major missteps this summer was failing to upgrade their point guard position, with holdover Jose Calderon well into his decline. Thus far, it hasn’t appeared like he’ll be able to guard any of the league’s top playmakers. New York was reportedly trying to find a taker for the veteran this offseason as the team attempted to free up cap space, but with Calderon still possessing one more year on his deal beyond this one, and scheduled to earn approximately $7.7MM in 2016/17, it was no surprise the Knicks couldn’t find a taker. I wouldn’t be surprised if the two sides agreed to a buyout at some point this season, though that may be just wishful thinking on my part.

New York desperately needs this summer’s signings to pan out so that the franchise can demonstrate some forward progress. This isn’t just so Jackson can be validated as an NBA executive, or Fisher as an NBA-caliber head coach. It’s also vital for the way pending free agents around the league perceive the team. If the Knicks hope to land the top names, not just next summer, but over the next few seasons, the team will need to prove to players that inking a deal to play in Madison Square Garden isn’t going to be a dead-end career move. Until then, it looks like Plan B is the best the fanbase can look forward to.